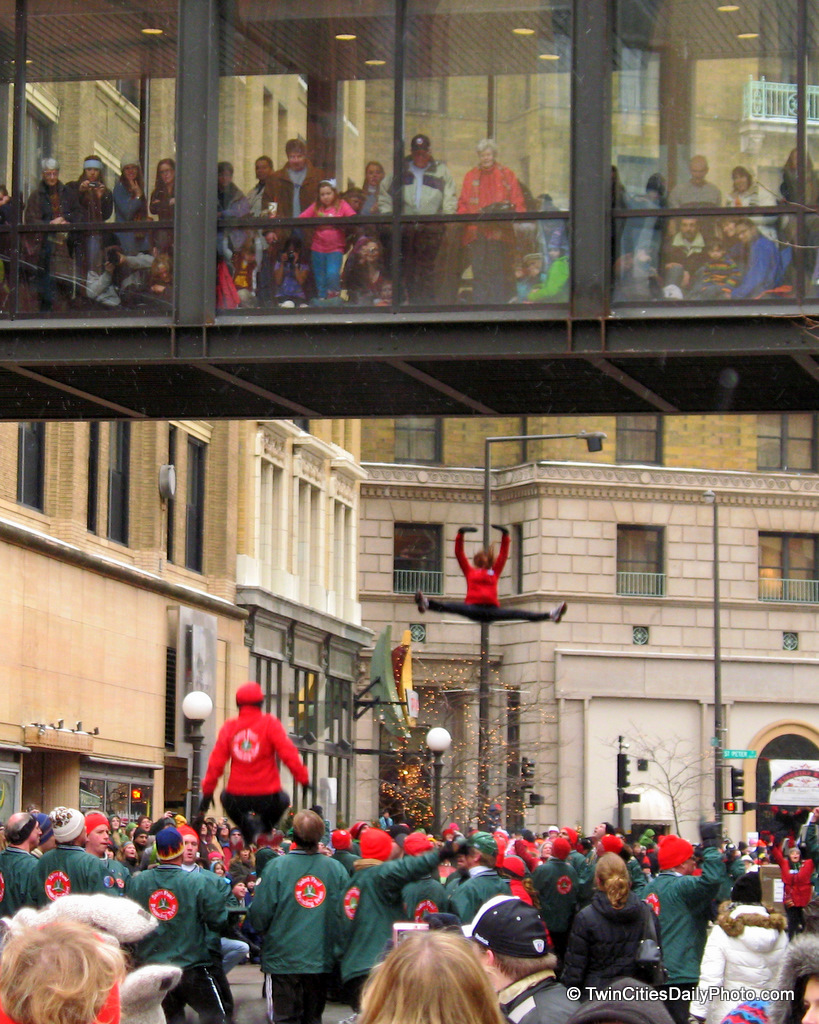 A crowd favorite of the Winter Carnival Parade is the Saint Paul Bouncing team, where a girl is throw high into the air from a blanket. I must say, it is quite fun to watch.

Since then, hundreds of intrepid women have flown with us, wearing the title of Bouncing Girl. When the Athletic Club closed its doors in the early 1990s, the core of that team reinvented itself and became the nonprofit organization it is today, supported by its members and making roughly 12 appearances each year."

A great performance, and the people in the skyway have the right idea for viewing pleasure.

Interesting back story. I guess being the bouncer/bouncee helps keep you warm.