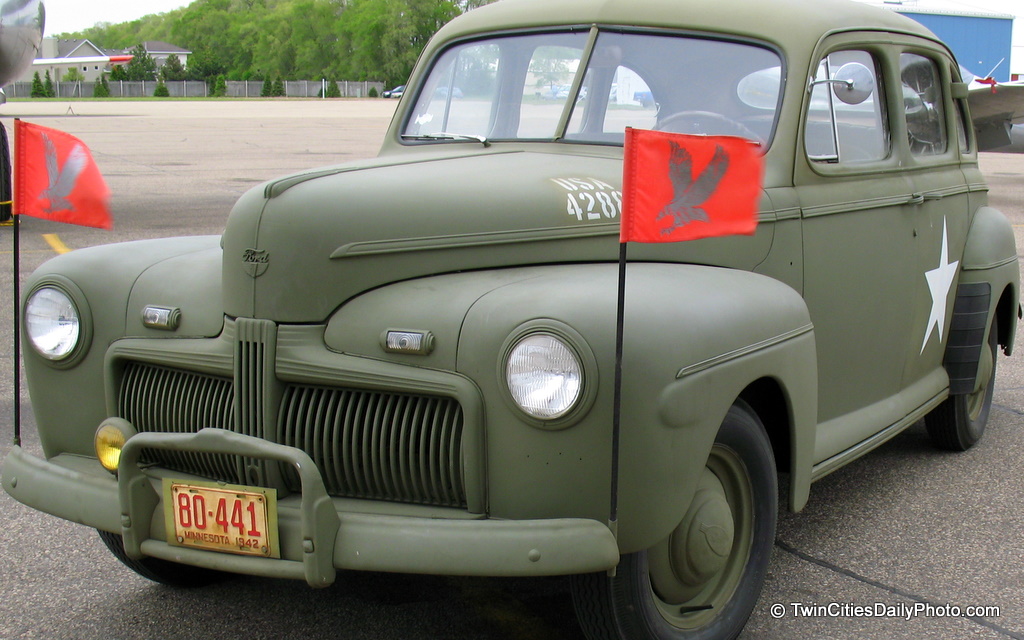 From what I could reference, this is a 1942 Ford Staff car for the US Army. Essentially it is a 1942 Ford Sedan with a military paint job and a few other customizations done too it. Shape wise, very similar to the 1941, but the front grill is much different between the two years.

Changes were made to the car besides a three-part "electric shaver" grille — the frame was lowered and softer springs were used to improve the ride. War rationing required auto makers to black out their chrome trim, and a Special Fordor model was produced with no chrome at all for military use. It is likely 1942-style Ford cars continued to be produced as military staff cars from March 1942 through summer 1945. These would have been registered as 1942, 1943, 1944, and 1945 models

Slinger, where did you find this?

Kate....I found this at the airport in South St Paul. I have a couple more photos from here to post and I'll provide more details about the location.