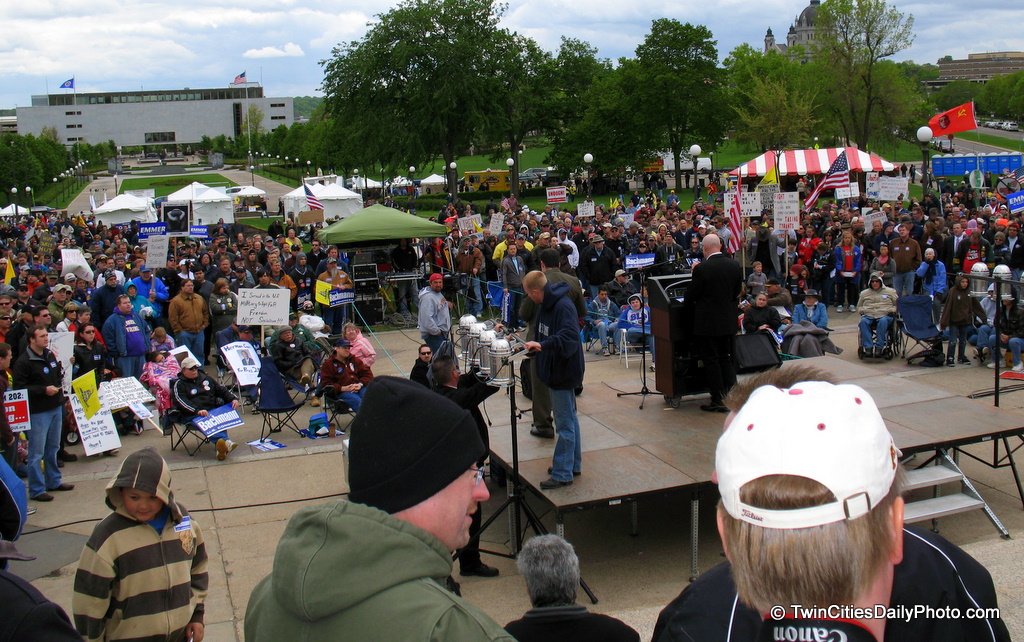 Back in 2008, I made a couple trips to the Republican National Convention to photograph what the events that took place, those photos can be found here. Saturday, I paid a visit to the State Capital Building to photograph the 2010 Jason Lewis Tax Cut Rally. This was my second political event that I've photographed and I will say, I had zero fear of being tear gassed, tazed, caught in a riot. It was peaceful, families brought their children, and some of the signs were priceless. The weather was a bit of a downer, windy, low 50's, a bit of rain here and there.

This photo was one of the first photos of the day that I took, which was about forty minutes before the main speakers hit the stage. I was behind the stage, while MC, Chris Baker was making some announcements.