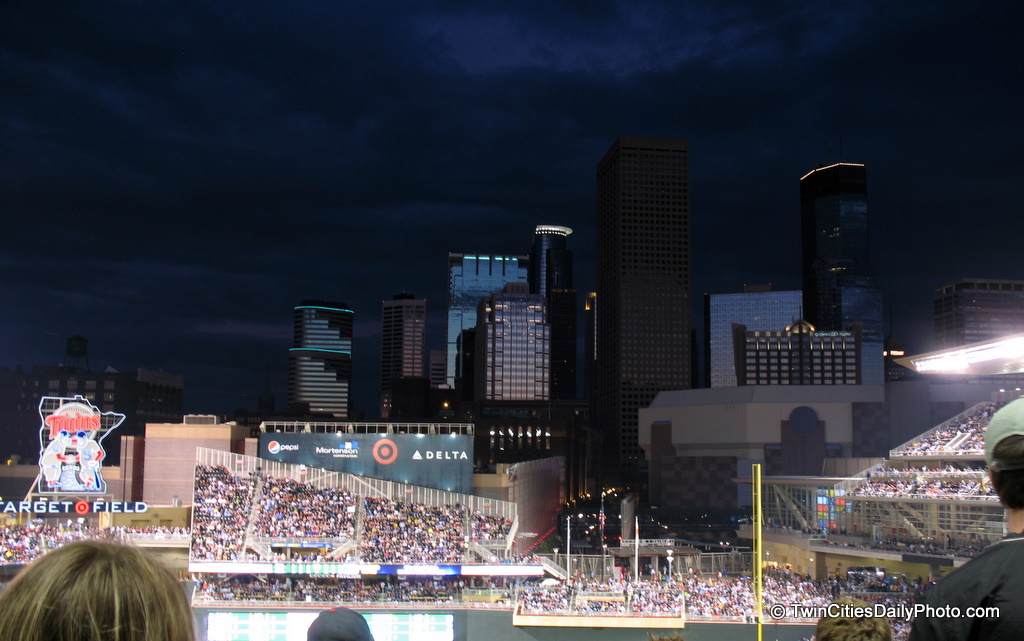 I can post again! This blog is published via blogger, apparently there was a regional issue that wouldn't allow many of the North American Bloggers to update their sites for the past 30-40 hours. This has been corrected. Yeah!

Having a new open air stadium is going to take some getting used too. Since 1982, the Minnesota Twins have played baseball in the Metrodome. In 2010, they now play in a brand new stadium called Target Field. The white, teflon coated fiberglass fabric roof is a thing of the past. You can now sit, watch a baseball game, view the Minneapolis skyline and take photos of downtown from your seat.

I did have some difficulty taking this photo. I did not use a tripod, the sun was set, the stadium lights were very bright. In order to photograph downtown, I had keep the lens open longer than I would have liked. Doing this over exposed the field, but the lighting was fine for the skyline as long as I could hold still, no tripod remember?

Nice shot. You guys have a great new ballpark!
I noticed that all the office buildings are turning off their lights at night --- I bet they save a lot of energy.