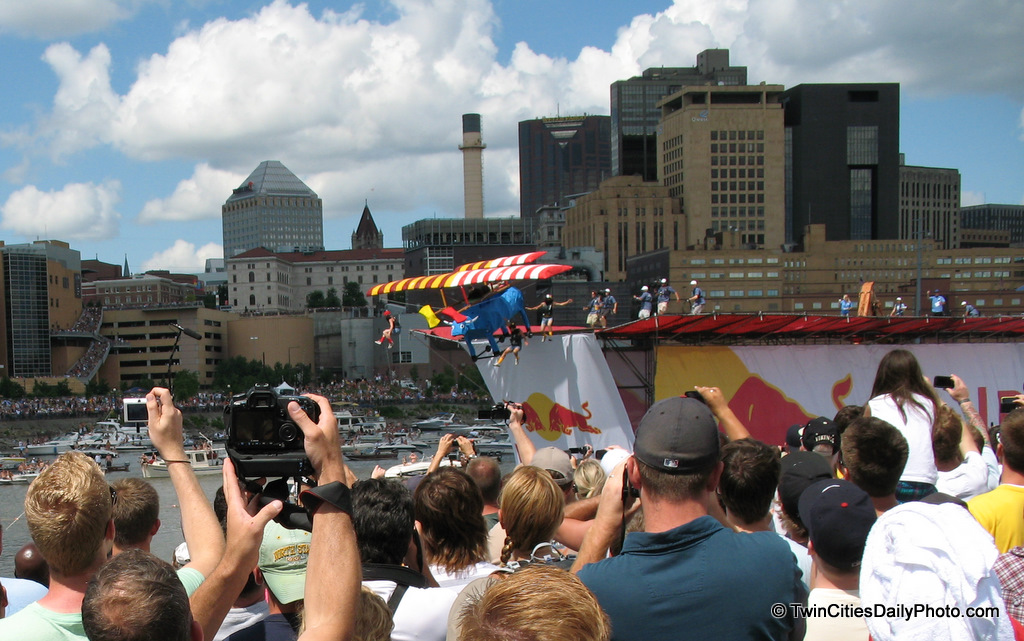 The RedBull Flugtag 2010 Twin Cities was held this past Saturday. The event coordinator was hoping for 50,000, but the draw of the Flugtag, estimated the crowd by the St Paul Police at 90,000 people. Overall, it was the most unique event I've ever witnessed. 35 teams were selected to make an craft with a theme and perform a short skit, they would then, push their craft off of the 30 foot ramp to see how far they could make it fly. A small number of the crafts managed more than 50 feet including a record setting 207 feet. While most of them, like the one pictured, topped off at 20-35 feet.

The team in today's photo is the 'Band Of Bunyans'. According to their Facebook page, they are all from the Good Ideas Club of UW-Madison. Their theme was Paul Bunyan and Babe the Blue Ox, local Minnesota folklore. The wings on their aircraft was painted in Maroon and Gold, the University of Minnesota school colors on one side and Red and White, the University of Wisconsin school colors. I believe their craft landed in the 30 foot range. 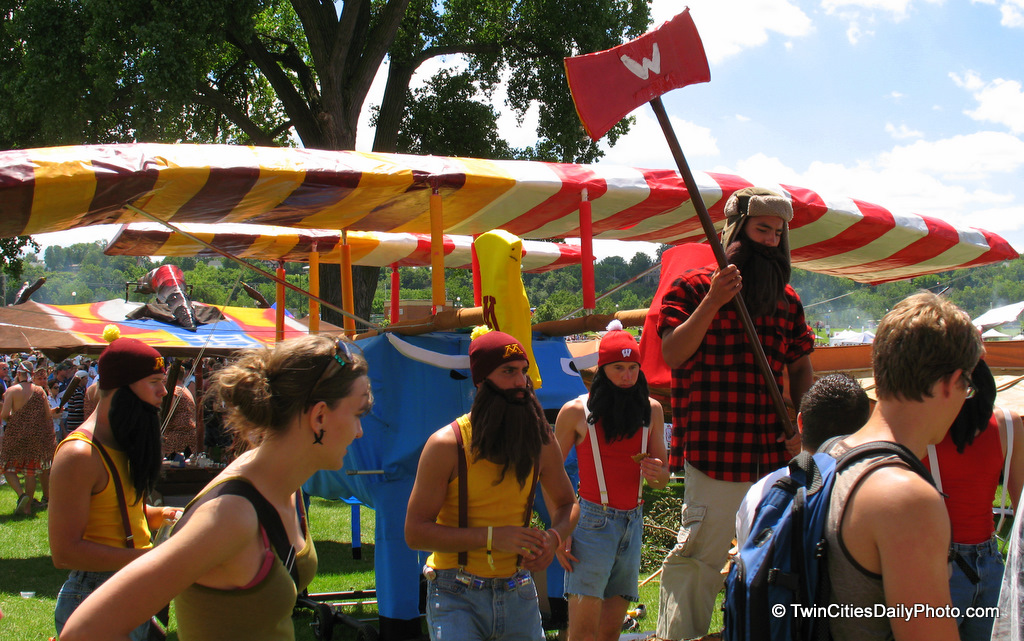