More than 90,000 people witness Major Trouble and The Dirty Dixies fly their craft 207 feet, breaking the old record of 195 feet set back in 2000. Their flight really pumped the crowd up as the aircraft landed just past a buoy that marked the previous record. From my vantage point, I thought they crashed into the water around the 40 foot mark, but the wings took lift and sailed to victory. The video is worth a look.

Here is the video of their historic flight.

The plane design is based off of one of the eight remaining B-25 Doolittle Raiders named Miss Mitchell. Frequent readers to this blog may recall my posting from May featuring Miss Mitchell, which is housed in the Commemorative Air Force, Minnesota Wing hanger at Flemming Field. I would have to guess, since there is the CAF logo on the plane, they either helped in the design and construction, or they were a sponsor for the project. Then again, there is also a Commemorative Air Force, Dixie Wing division as well, so perhaps they are just fans of the plane? 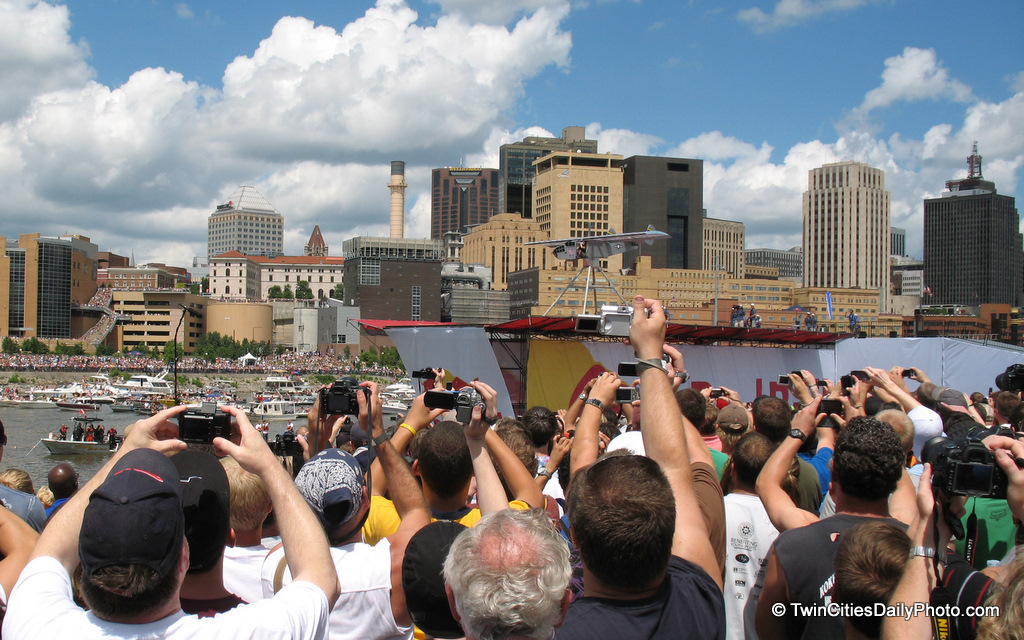 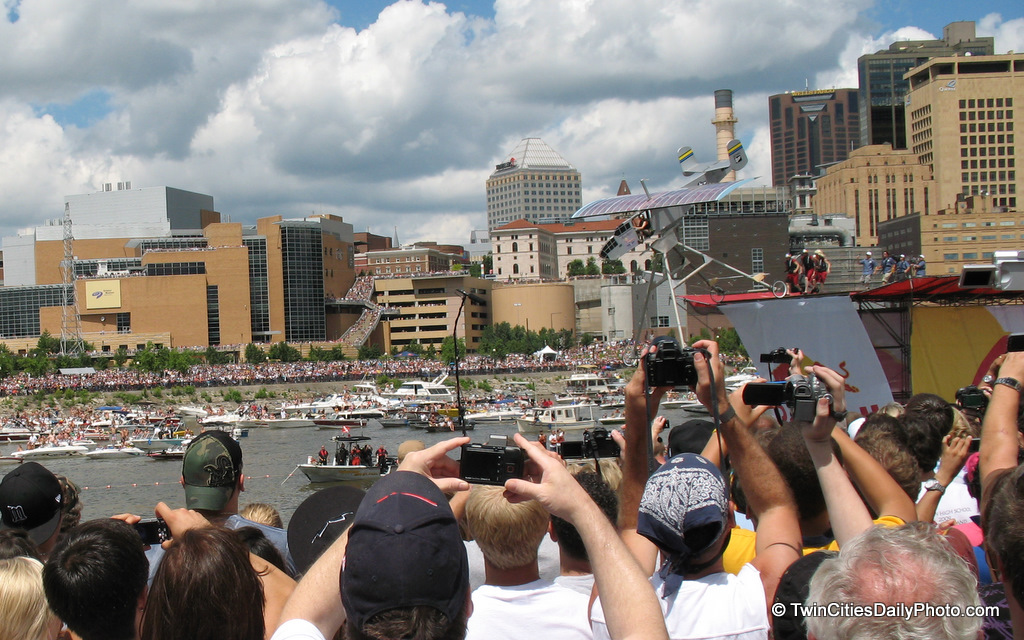