Line Up By Height 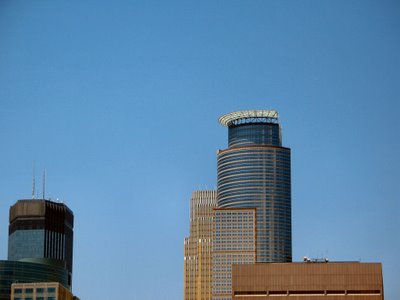 The lower left corner building is the IDS Center, the building with a partial halo is the Wells Fargo Center.
Posted by Steve Cuddihy at 7:54 AM

Of course, any American TV fan old enough to recall the "Mary Tyler Moore Show" from the 1970s knows that the scene where she tosses her hat into the air is shot directly in front of IDS Center. The revolving glass doors that lead from the street into the atrium are directly behind her.